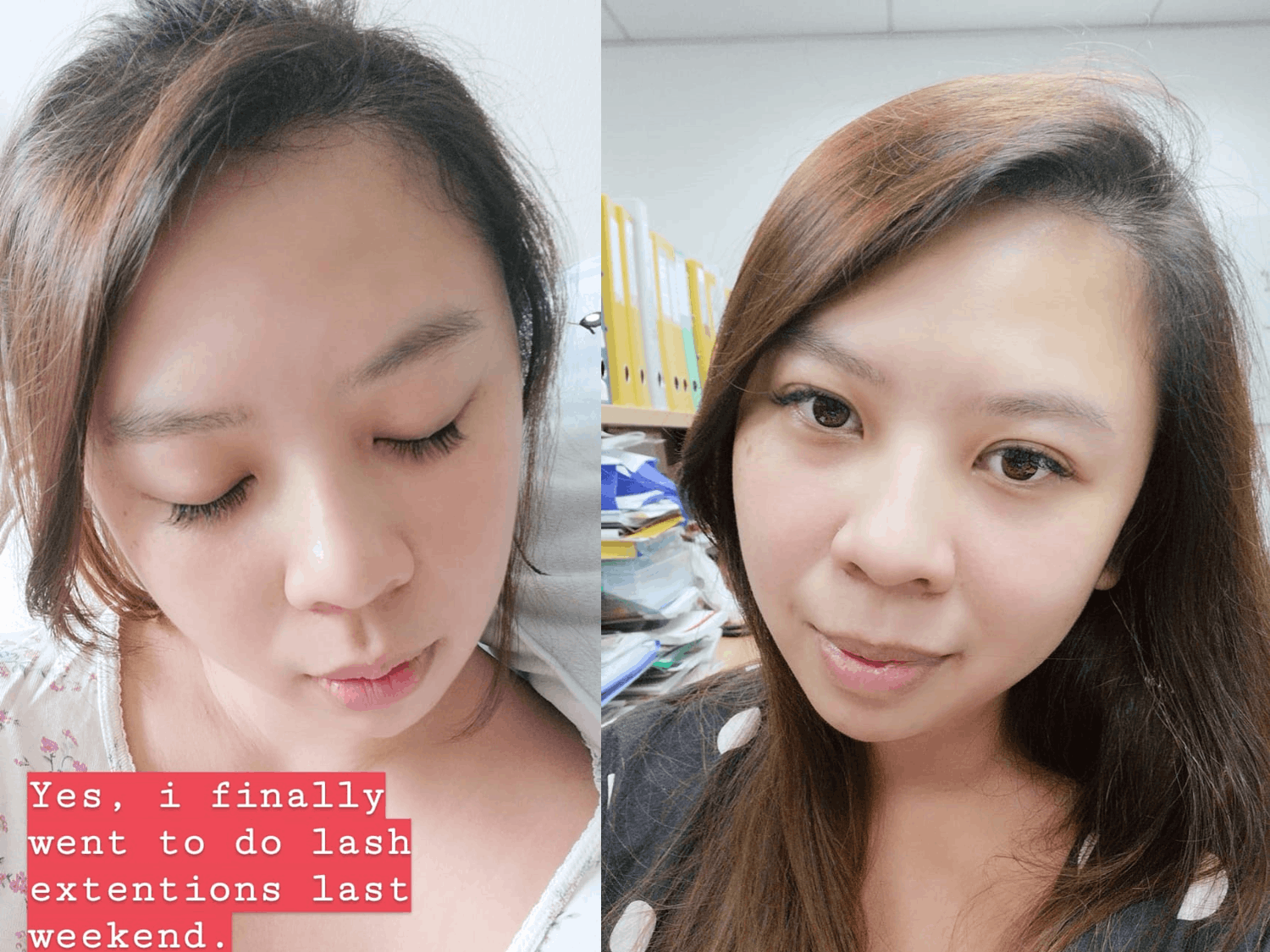 Last weekend, I finally went to extend my lashes. I have actually been looking at reviews and also at hundreds (maybe even thousands) of photos on facebook via different lash extension studios. It is not my first time, I have extended my lashes before. Many times when i was younger (like donkey ass years ago when xiaxue and yankaykay were friends and making out in a youtube video) and a couple times after i matured into a chubby-mummy of 2 boys. The last time I extended my lashes, I had them done at Millys Singapore and it was a terrible experience. As you can see from the photo, the lashes fell off quite abit and my lashes were looking patchy the following day. I actually told the technician that I preferred natural looking lashes (i just wanted my lashes to look like i have 1 coat of mascara on) but she decided that spider legs looked natural. The lashes were obviously too long for me and because the lashes were heavy, it did not sit well on my own lashes. I know that alot of influencers and bloggers have written about them and given them many praises but honestly, their work was really shoddy. 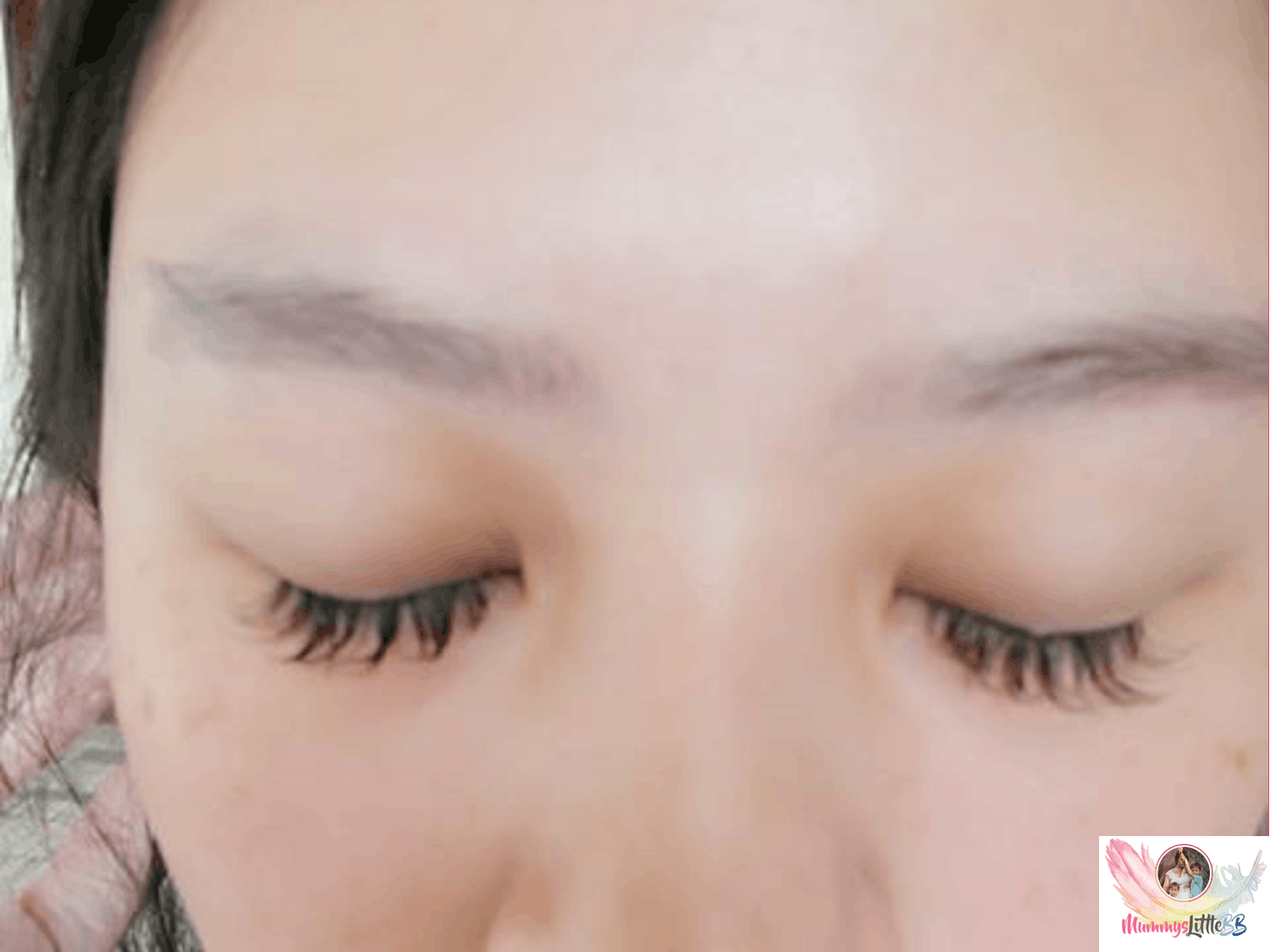 Due to that bad experience, I actually stopped extending my lashes after and was rather apprehensive about lash extensions.

I came across a fellow mummy blogger, which I know personally, VannyTelly and saw from her posts that she gets her lashes extended. I asked her about her experiences and she recommended LASH & CO STUDIO and says she has had a really good experience with them. Obviously, her recommendation carries more weight than whatever online reviews or instagram influencer post because i personally know her, so i decided to give Lash & Co Studio a try.

My lashes BEFORE the extensions: 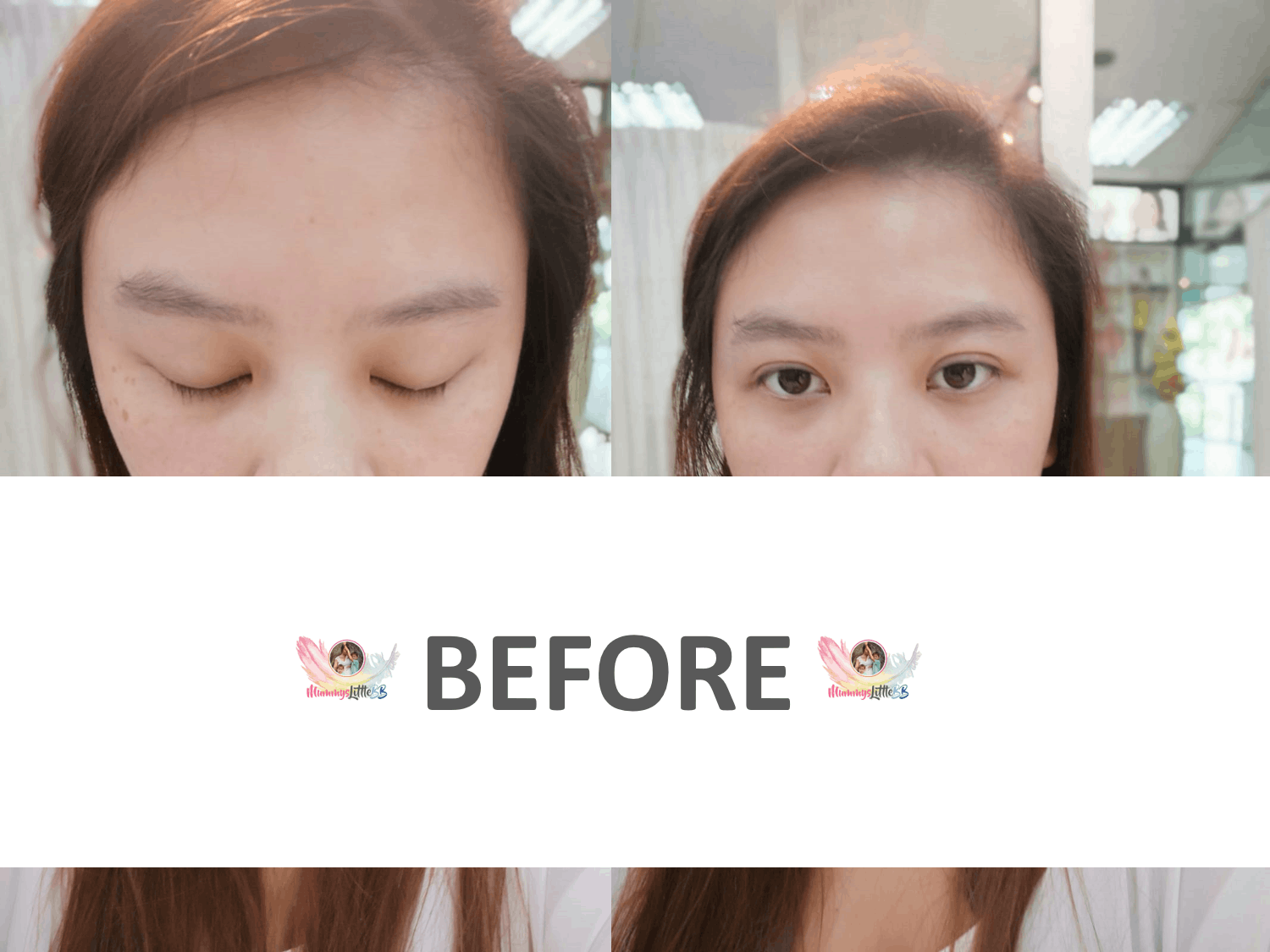 Before the application, my technician cleaned my lids and the eye area. I think (not very sure) she put one of those under eye mask patch thing because it felt cooling and soothing. At Millys and many other places, they just tape your eyes with surgical tape to pull your eye area skin so its tight. At Lash & Co they also used surgical tape but for the under eye, they added some cooling mask patch type thing which helped.

My lashes AFTER the extensions: 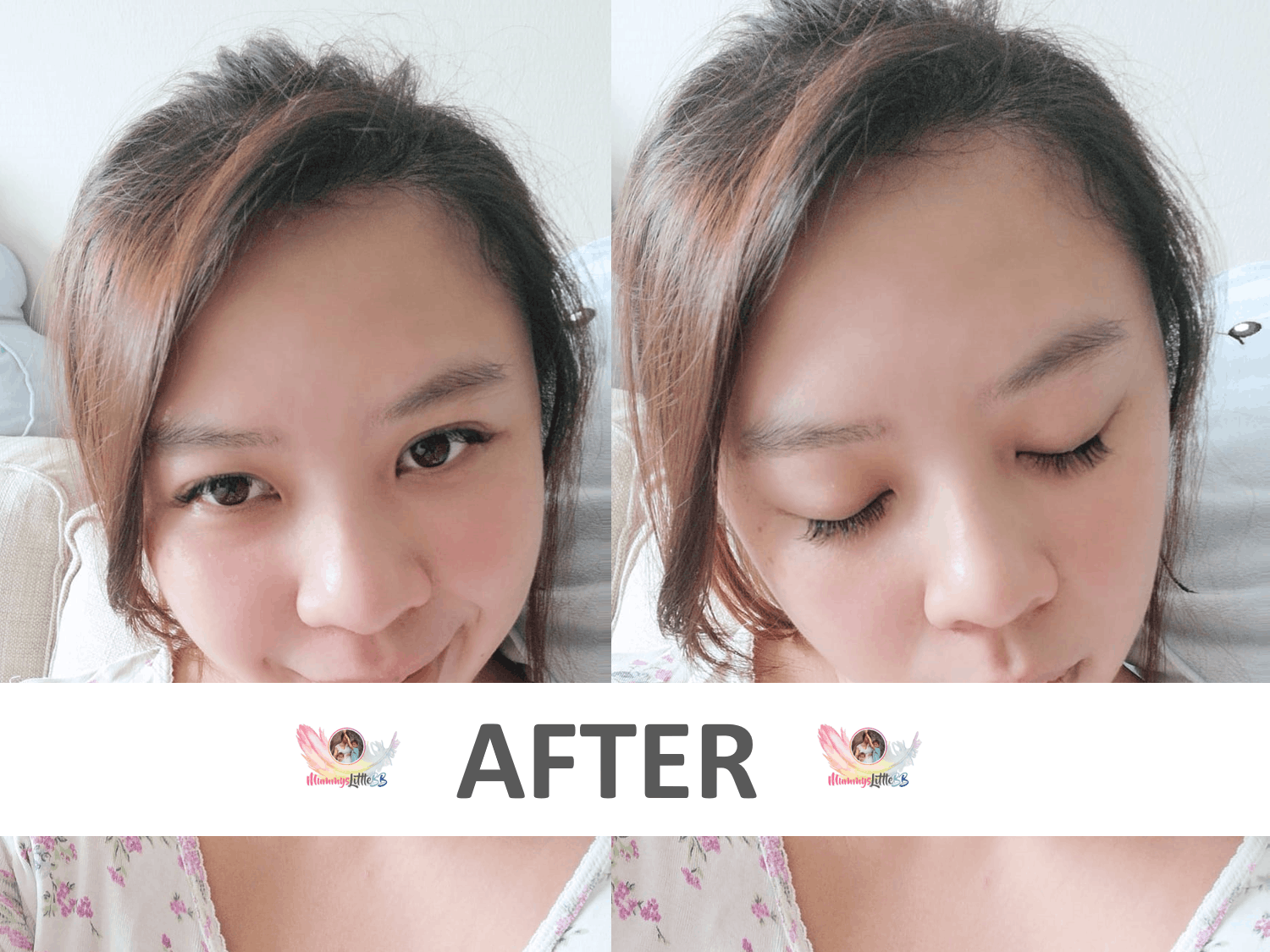 (In case you are reading MILLYS SINGAPORE, this is natural. Not that set of spider legs you installed on me the last time. -_-“)

The lashes dont feel heavy and actually look normal on me, most of my friends could not tell i extended and thought i just had make up on my eyes (mascara and eyeliner etc) which was exactly what i was going for. 😀

I will be documenting the life-span of this extension set and will update you guys in about 2-3 weeks (or when i have to go for a touch up or new set).

Also, if you guys haven’t followed this chio mummy instagrammer, go follow her (just click on the image and it will link you to her instagram page): And if you want to book an appointment to do your lashes, you can do it with LASH & CO (just click on the image and it will link you to their instagram page) : 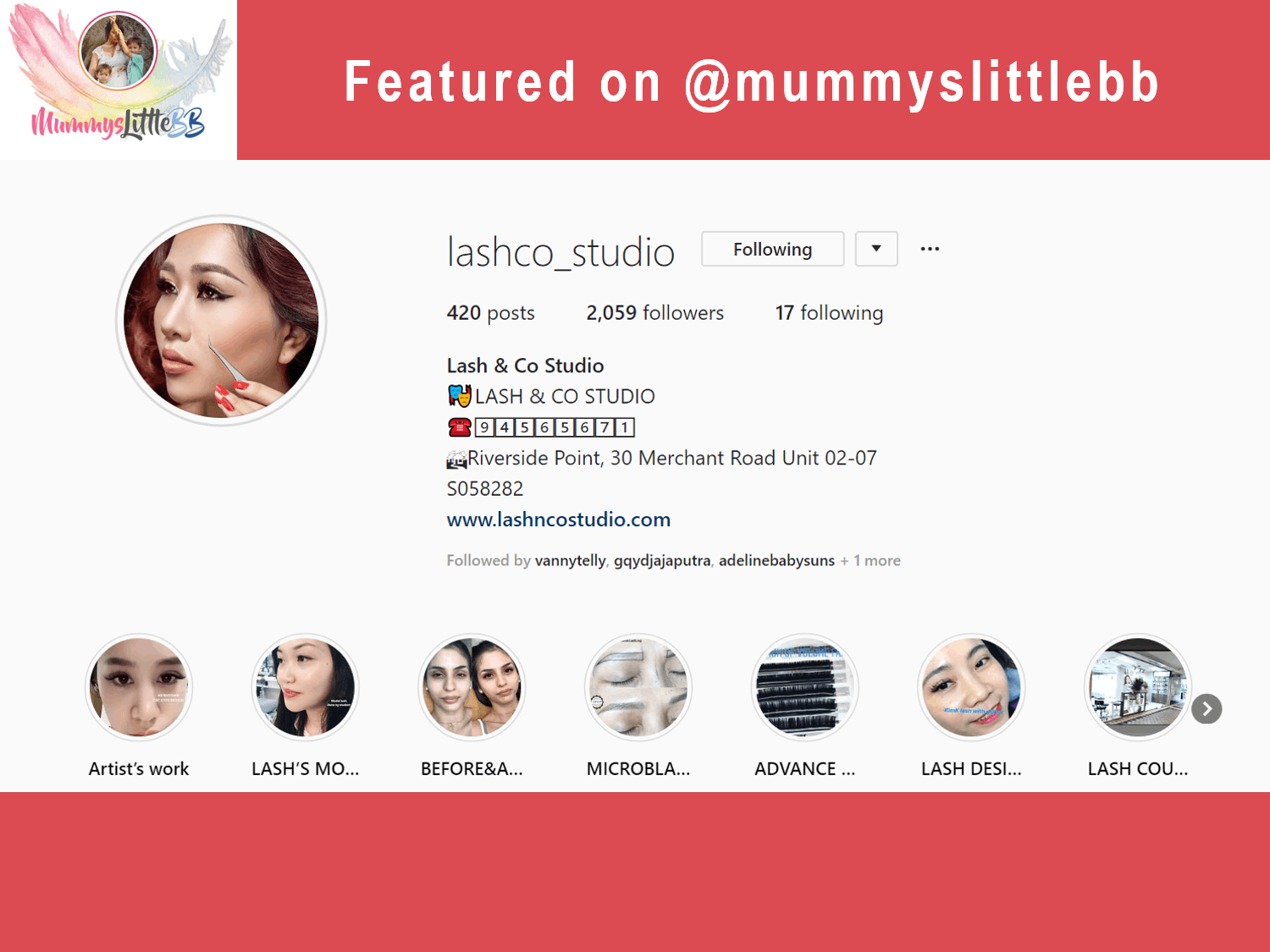 On a side note, i know i have not been super active on my site. No excuses but i have just been, lazy. Lol. I will try to post 1 post every day. Even if its about nothing.