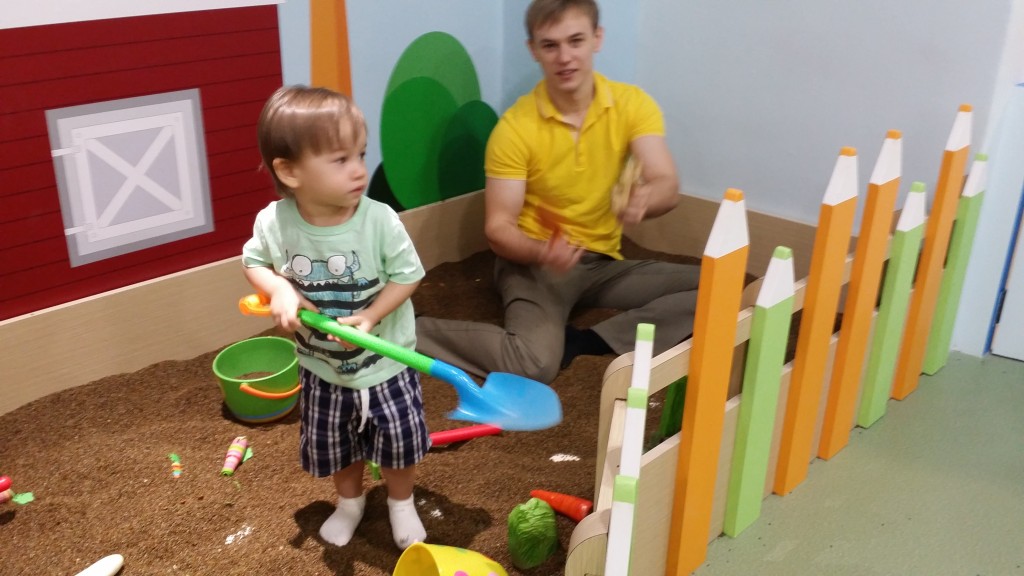 A day before i gave birth to Mikhail, we brought Charles out for a day of play and headed over to the newly opened indoor playground in orchard. It was a little hard to find as Centrepoint is currently under renovation and the signage arent very clear. Nevertheless, we found it after a good 5 mins and were excited to start playing.

At first I was a little disappointed in the size of the area (was smaller compared to other indoor playgrounds i have been to) and was rather upset by the terrible attitude of the counter staff. She let us in without checking Charles’s temperature or hands and feet for spots. As it was usually a ritual with every indoor playground we have been to, i casually asked if she has forgotten to do so. Her reply was just a curt “We dont have the thermometer yet”. Hi missidontknowhowtodomyjob, you dont need a thermometer to check their hands and feet for spots. Its already not very good that you cant check for fever but please at least try to show that you are trying to prevent an outspread of hfmd in your indoor playground.

Anyway, after we got in, Charles immediately went into the cassia seed pool to start pretending to be a hardworking farmer. 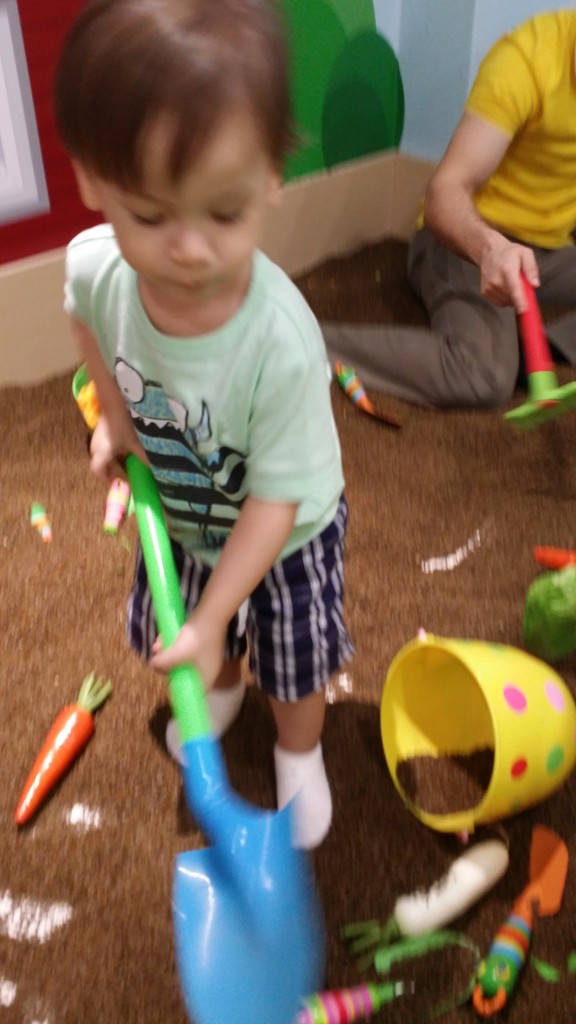 He really enjoyed playing in the cassia seed pool! We were shoveling seeds into many different size and colour buckets. There are small spades which i wanted Charles to use but he only wanted to plow the land with his giant shovel. Daddy also had fun pouring seeds infront of Charles. 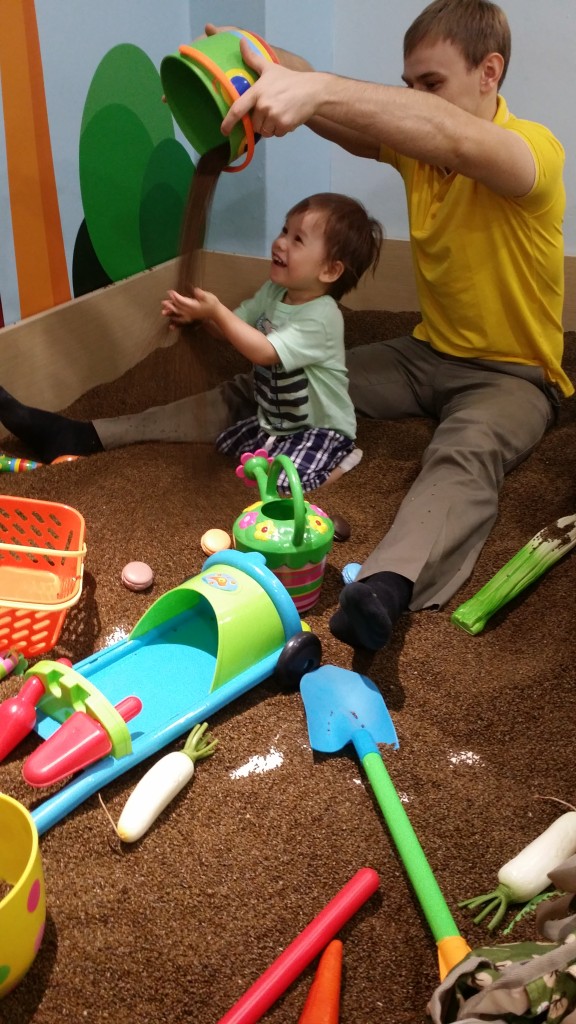 It was all fun till i realized that there were soooooooo much seeds stuck in Charles’s pants and in his diaper. -_-” This leads me to another grumble about them not having a changing station in the premises or anywhere near the playground. So my husband had to carry Charles with a diaper full of cassia seeds quite a distance to get him changed and cleaned up. Thank god we brought an extra set of pants which was tighter and we made sure to tuck in his shirt before he headed into the seed pool again. 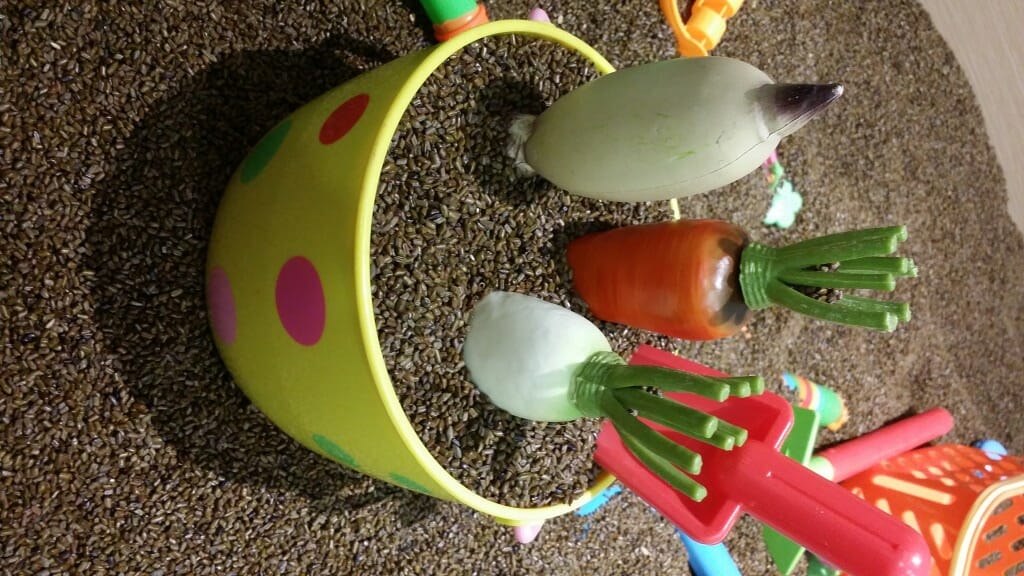 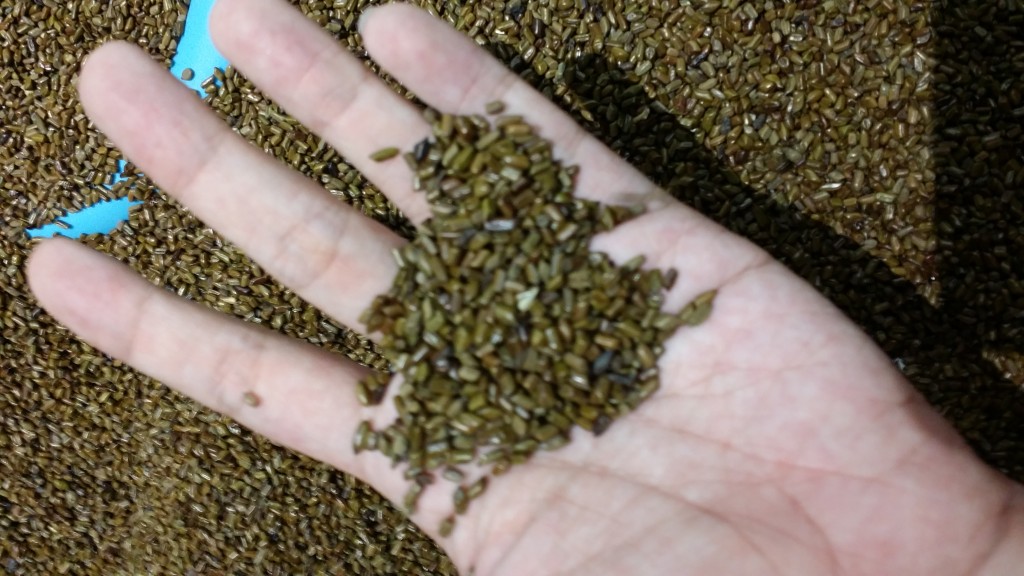 Next up, we headed into the pretend play kitchen area where Charles amused himself with all the play food and his favourite, SPOOOOONS (Charles loves spoons)!!! 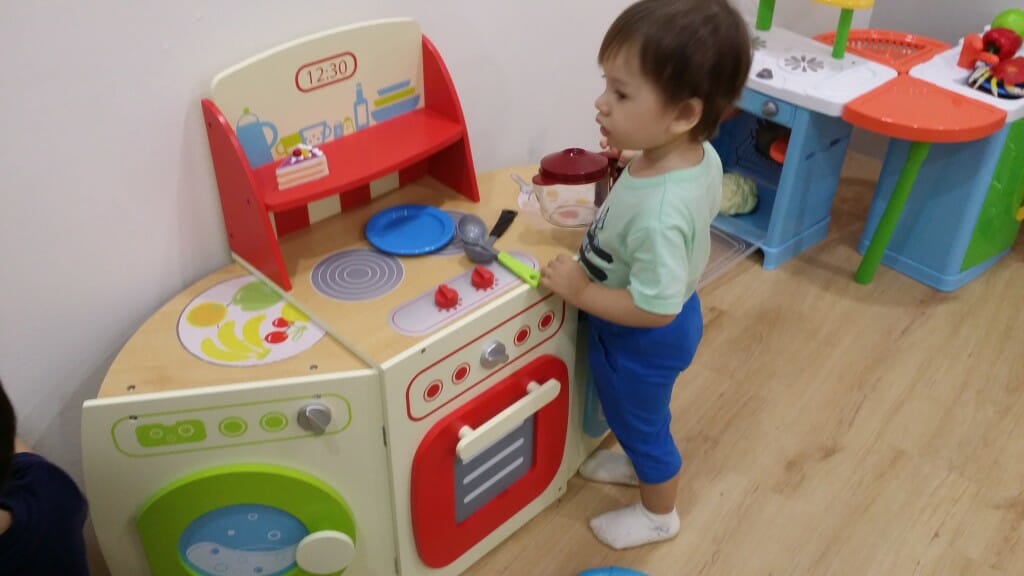 How about some food by chef Charles? 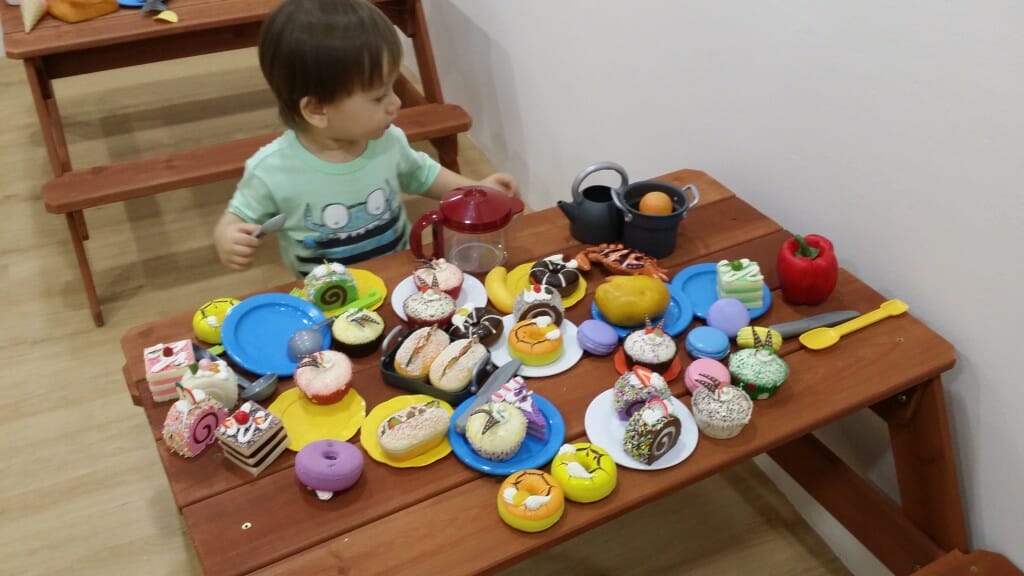 Mummy, look at allll these sweets!!

This is Charles wondering why im not stopping him from going near a whole bunch of very delicious looking unhealthy food that i would normally give disapproving looks for. HAHAHAHA! 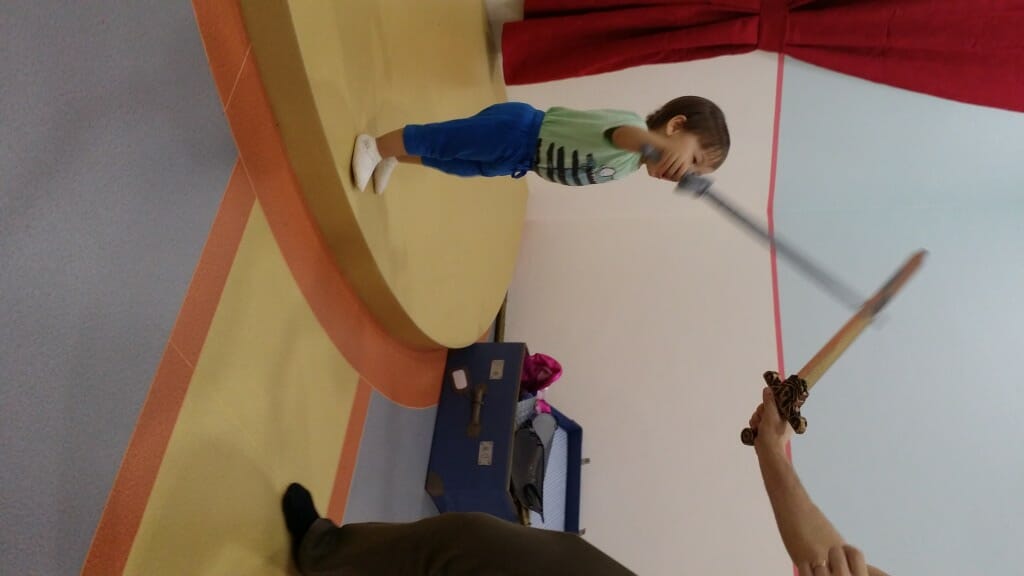 After eating our fill in the play kitchen, Charles and daddy had a duel. This room had a mini castle and a chest of costumes. It also sports a platform which i feel would be perfect for a magic show if someone was having a birthday party there! Otherwise, the room actually looks a little bare. But my guess could be that they were leaving room for the kids to run around, right? Cant be knight having a swordfight standing still. Mmmm… 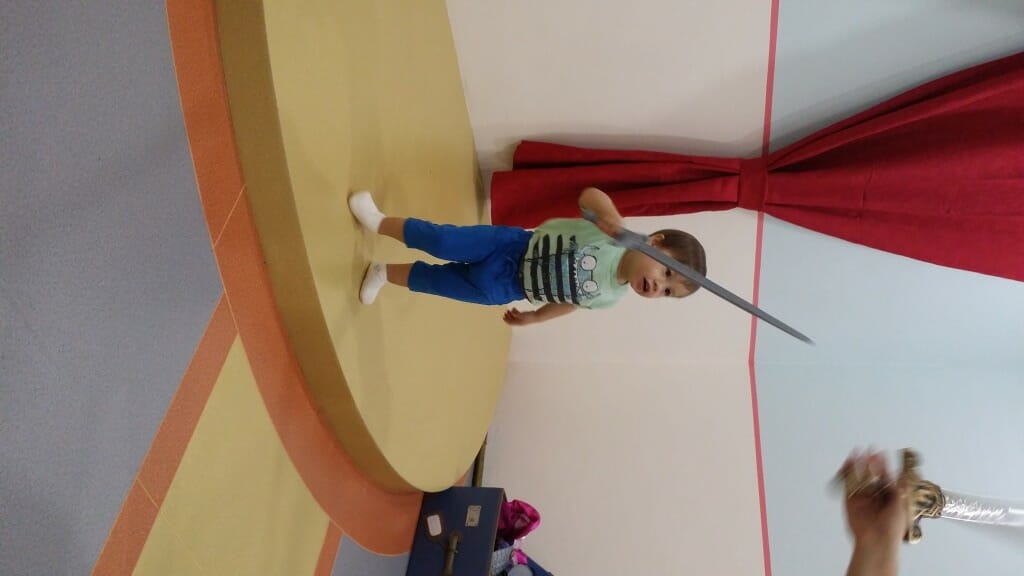 I am the bravest!

Once the sword fight was over and Charles was declared king of everyone, we went back to being farmers and watched as Charles showed us what green fingers he has. 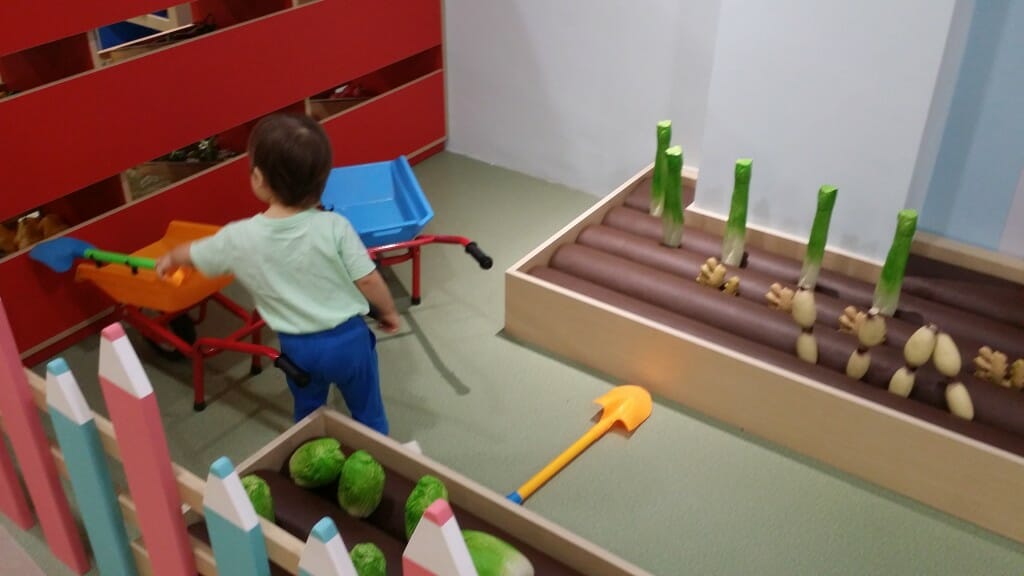 Have you seen my VEGE garden?

Overall, i would say that Little Planet is not your typical indoor GYM playground concept for the toddlers to run and jump. This place is more of a pretend play playground thats encourages imagination and role playing. Apart from the unpleasant counter staff, im glad that Charles had fun (and didnt catch anything like hfmd) there! I do feel that this place is most suitable for small to medium private birthday parties. (:

7 thoughts on “Little Planet @ The Centrepoint”