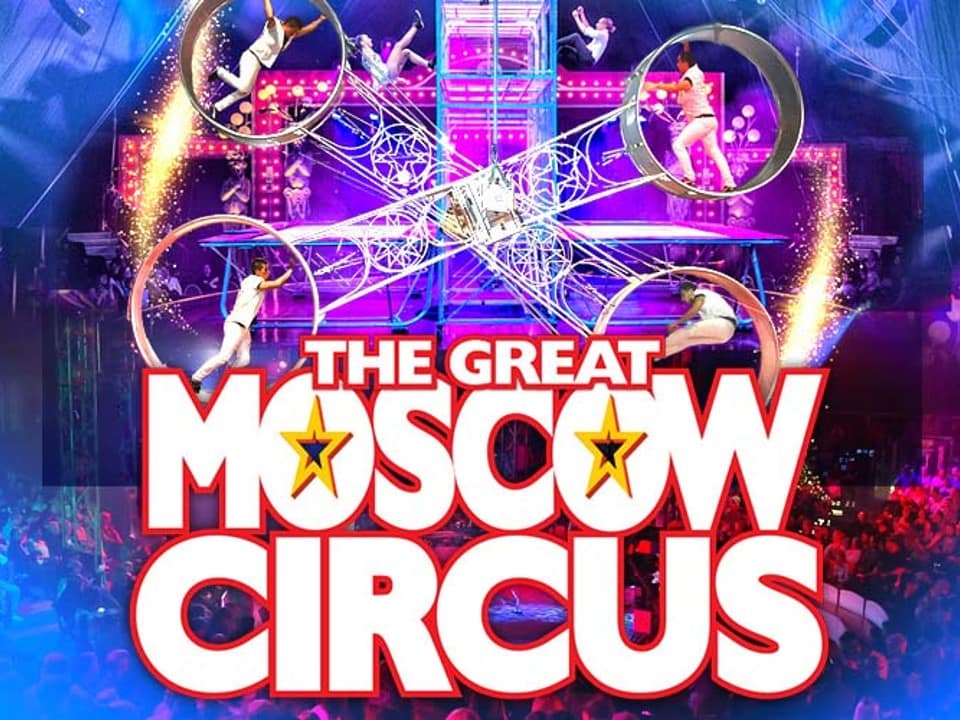 Direct from Moscow and the circus capitals of the world comes this year’s heart-pounding family spectacular – THE GREAT MOSCOW CIRCUS.

Boasting the world’s most dangerous and death-defying acts, including the Wheel of Death and the Motorbike Sphere of Fear, THE GREAT MOSCOW CIRCUS sees the mighty red and white circus big top transformed into an astonishing, high octane, fun-filled entertainment destination.

THE GREAT MOSCOW CIRCUS, returns to Singapore for the first time in over 10 years, with over 45 performers – acrobats, clowns, jugglers, daredevils – all circus stars renowned world-wide for their theatrical flair and breath-taking talents.

Circus doesn’t get much wilder than this! 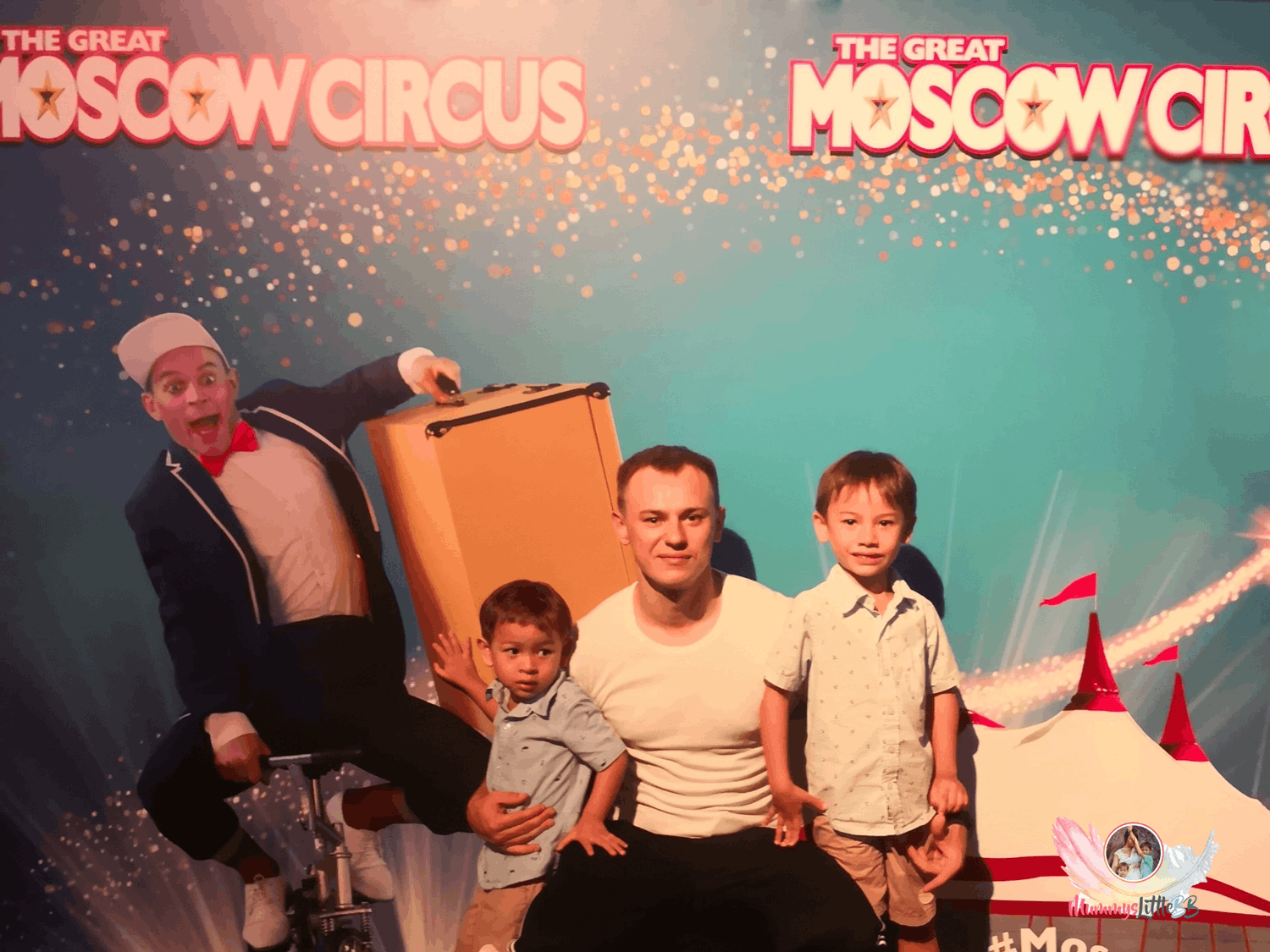 After almost 10 years, The Great Moscow Circus finally returned to Singapore and we took the boys for their first circus experience. The show over-ran by about 30 minutes so we sat through a total of 3 hours. Thankfully it was entertaining and the boys were fascinated enough with the performance. Although I would like to point out that the kids had to either sit on us or stand on their seats to be able to watch since the adults sitting in front of them was blocking their view. The organizers did not have or provide any booster seats for kids which i think they should since they sold tickets to ages 3 years and above.

Tonight was the first weekend of the show and we bumped into a few friends while getting to our seat. Apparently, there were many local celebrities there tonight but since we don’t watch any local channels, I am not familiar with who most of them are. The lights dimmed, drum-rolls get louder, the show begins. 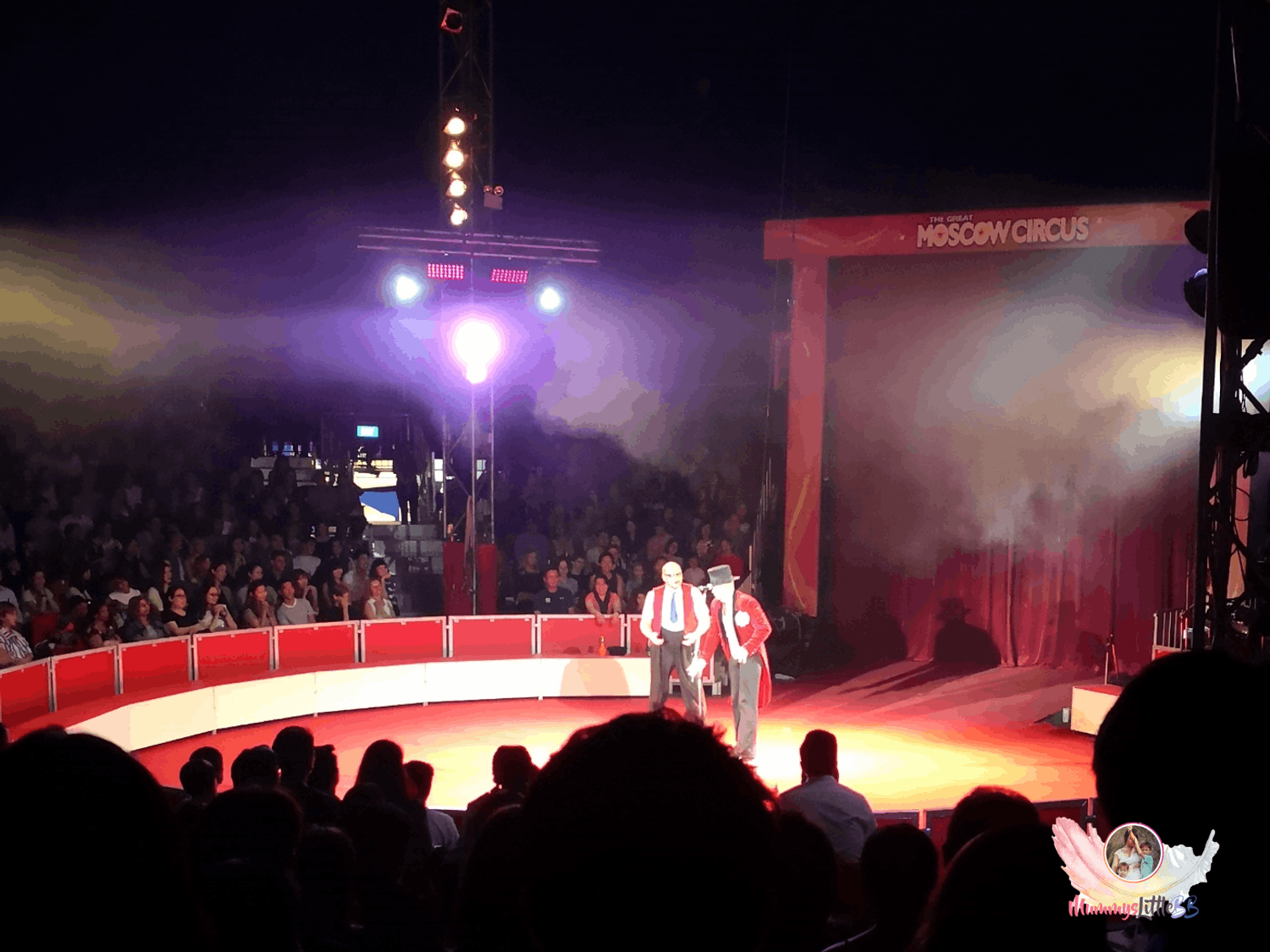 The ring master was pretty funny. He had with him a funny companion who did silly things that made all of us laugh. Check our some of the circus acts below! There were some that seemed messy and some that I really enjoyed. There were also some where I was just terrified for the performer. Lol, my heart was beating faster than a person running a marathon. There were parts of the performance which failed, like during the rope-skipping segment where more than once, the performer missed the jump and kinds fumbled. Or when the trapeze performer lost his balance and didnt stick the landing. BUT, it was still a good show and a worthy experience for the kids and us as a family. 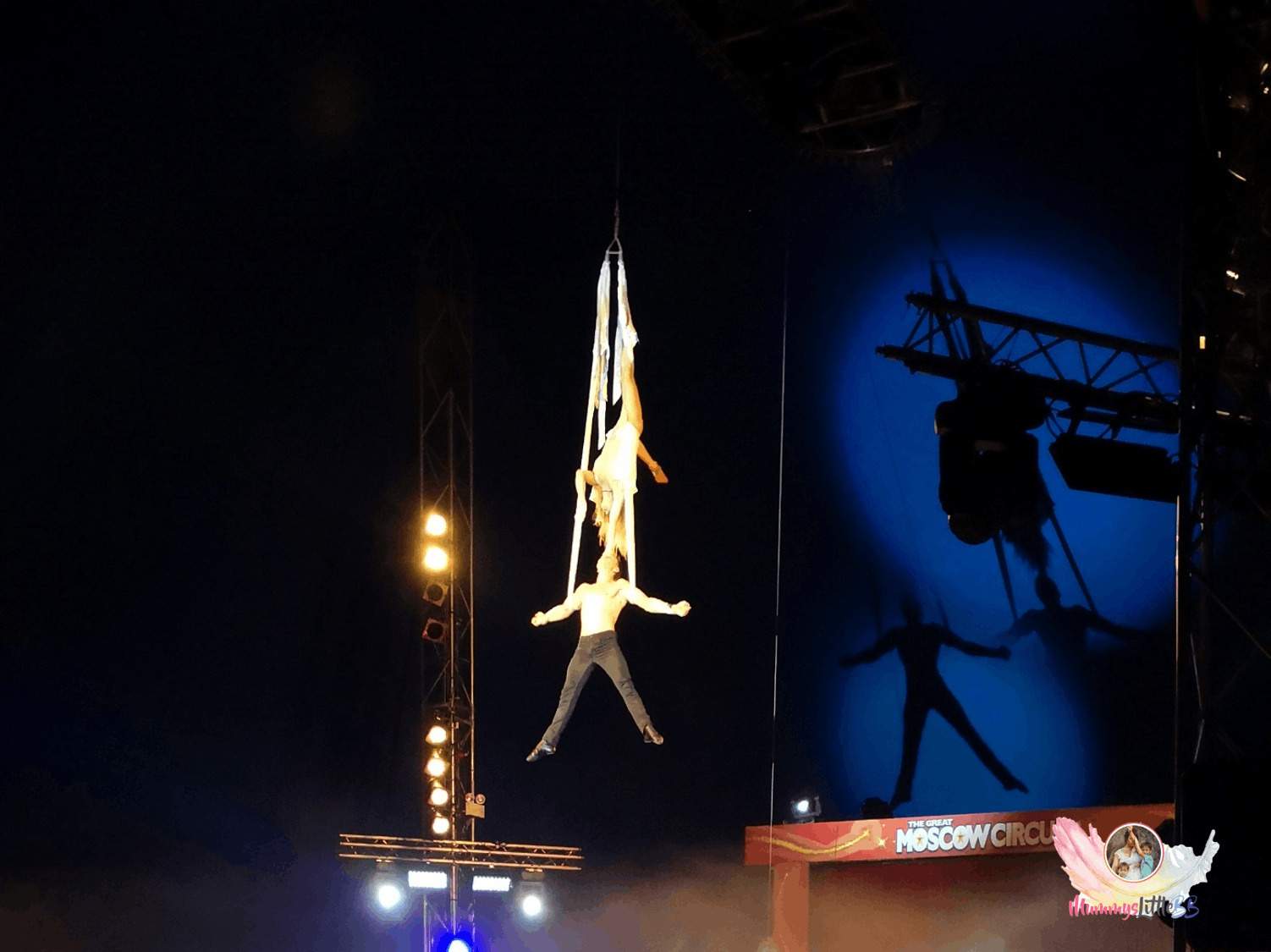 If you watched the Hugh Jackman movie, The Greatest Showman, you will find this classic flying-around-on-a-dangling-fabric act familiar. But these two performers really swung like their lives depended on it! Don’t get me wrong, it was really nice to watch them dangle and swing like tarzen and jane, and they were GOOD. One-hand okay, don’t play a fool. 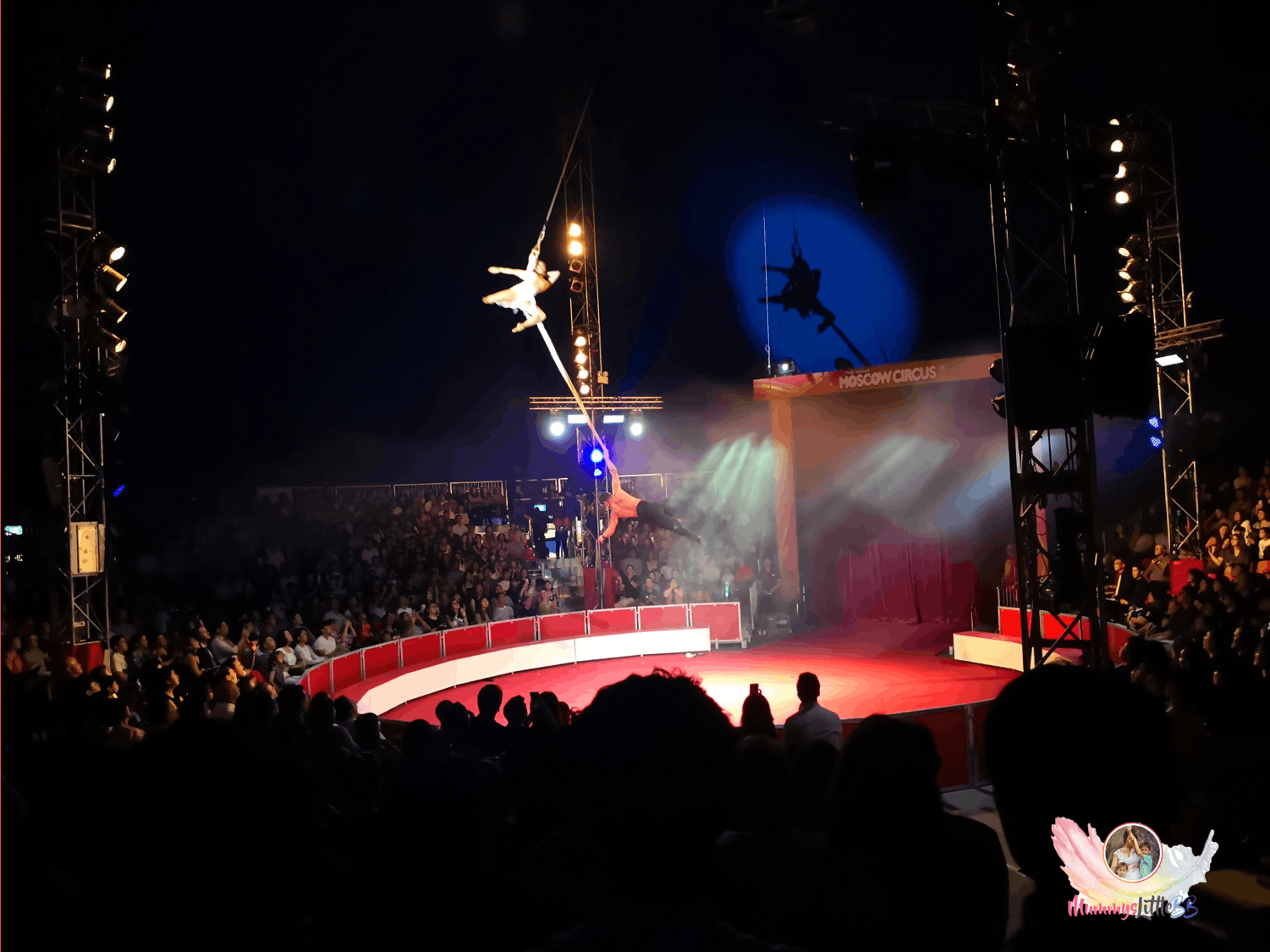 Now, this was one of the performance that made my heart jump out of my body. Do you spot the guy standing OUTSIDE of the damn circle? Yes, those guys later puts a bag over their heads (i would assume the purpose of the bag is to act as a blindfold) and runs and jumps as the thing moves. Check out my videos below! 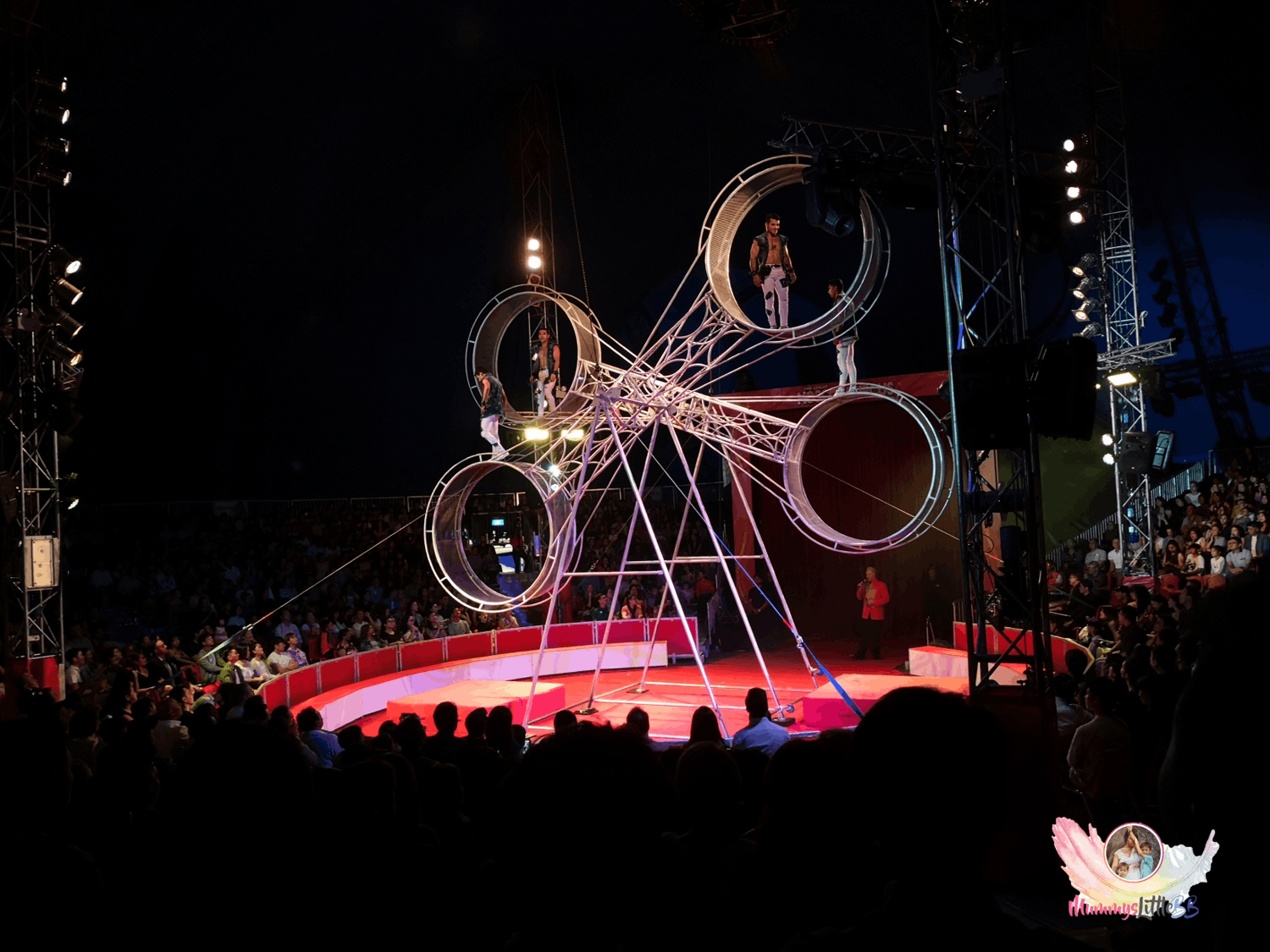 Overall, apart from the lack of booster seats for kids, this is definitely worth watching. For those who are keen to get tickets, you can buy your tickets via sistic (link below). Tickets are required for anyone age 3 years and above. Free admission for kids below 3.